Amorak Huey is a poet and professor, a writer and sometime journalist, a decent dad and a mediocre slow-pitch softball player. He pronounces his first name uh-MOR-ack. 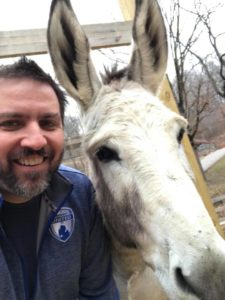 In addition, he is co-author, with W. Todd Kaneko, of the textbook Poetry: A Writer’s Guide and Anthology, published by Bloomsbury Academic in January 2018, and the poetry chapbook Slash / Slash, forthcoming from Diode Editions in June 2021.

Amorak holds a B.A. in English from Birmingham-Southern College and an M.F.A. in creative writing from Western Michigan University. 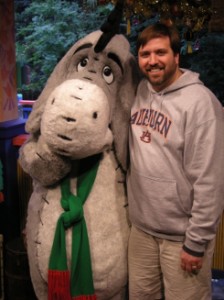 Amorak was born in Kalamazoo, Mich., and grew up in a small town outside Birmingham, Ala. After nearly 15 years as a reporter and editor, he left the newspaper business in 2008. He is now an associate professor of writing at Grand Valley State University in Michigan.

He is writing a novel, currently titled City of Rocks., a work of historical fiction set in Grand Rapids, Mich.

His poems appear in anthologies such as The Best American Poetry 2012; The Poetry of Sex; Poetry in Michigan, Michigan in Poetry; and Poet’s Market 2014, as well as numerous print and online journals such as The Southern Review, The Cincinnati Review, The Collagist, Menacing Hedge, Oxford American, Poet Lore, Ninth Letter, Crab Orchard Review, and others. He received a Fellowship in Creative Writing from the National Endowment for the Arts in 2017.

During his newspaper career, Amorak worked in a variety of editing and reporting roles for the Tallahassee (Fla.) Democrat; the Courier-Journal of Louisville, Ky.; The News-Enterprise of Hardin County, Ky.; the Lexington (Ky.) Herald-Leader; and The Grand Rapids (Mich.) Press, where he was assistant sports editor.

It’s so wild to watch a truly, incompetently terrible movie and think about how many people thought they were doing the best they could during the making of it.

This tweet brought to you by the 2016 American crime film Marauders.

This is an important, beautifully written story. https://www.theatlantic.com/magazine/archive/2021/09/barn-emmett-till-murder/619493/

#dogpark wisdom that applies to most of life.